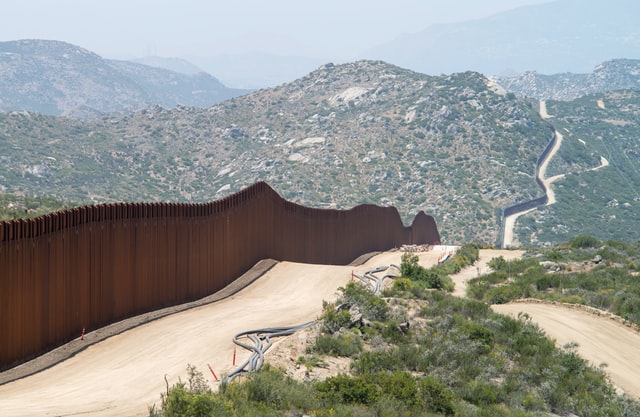 When it comes to US Sovereignty and Immigration, it is not a partisan issue. However, people prefer to see it that way. It is not about Republicans or Democrats. Rather, it is fact that National Sovereignty is paramount to keep the United States’ way of life secure and protecting the nation. We have a crisis at the border and we need to focus on fixing that issue.

Importance of US Sovereignty

I can already hear the argument. Protecting our way of life? You mean keeping immigrants out, right? No, that is not what I meant. Anyone can pick up a history book and understand that majority of the United States population are descendants of immigrants. Although some people were taken to America by force centuries ago, everyone is aware that America is a nation of immigrants. So, what does the phrase mean? That’s easy. It means protecting the balance of the system by protecting our sovereign borders and reducing immigration flow so people can travel safely to the United States.

The importance of defining our sovereignty is so there is a line on where one country ends and where America begins. Most people understand that the United States has more civil liberties than most nations. So, defining where those begin is important. After all, for a refugee, a strong border says that they will be safe. For someone escaping true tyranny, a country that keeps a strong border means that they will not tolerate people trampling over their land. It is more reassuring for people within the country or entering that this nation will protect the people inside.

In addition, American does thieve with immigration. After all, people with unique skillsets benefit our country. Immigrants that go through the process can become legal citizens. As a result, they get to live with all the benefits of being a member of the United States. For people working towards citizenship, being in a country that has a thorough immigration process means that they are safe during the transition process. It is the logical conclusion. A strong sovereign border and a great immigration plan work best for the nation and migrants. However, because of Biden’s recent policies, the border crisis has threatened sovereignty and immigrants.

To understand what is happening with US sovereignty and immigration, people have to understand the system before Biden. Although people have their opinions on Trump’s personality, his southern border immigration policy was working. Over the years, borders were not secure. Many migrants did not go through the immigration system, instead choosing to use alternative ways to enter America. However, these alternatives are dangerous. In addition, people who did cross were put into confinement.

In order to prevent people from dying and to define our border, the Trump administration implemented multiple solutions. First, he build a border wall to prevent people to reduce chances of crossing, and second, he made a system where people could stay in towns near the border. This would allow migrants to remain safe and prevent immigrants from being put into containment as they are waiting for approval.

Despite people’s outrage, this was a safer system. However, Biden decided to rip up this idea, causing a huge crisis.

Immigration Crisis at the Border

For most people, Biden looks like he is trying to fail. As soon as the man got into office, he ordered the removal of the ‘Remain in Mexico’ Program. For obvious reason, this failed. The southern border has spiraled into chaos as people are crossing without a record confirming their arrival. In addition, those who do come over are now being detained on a higher level than it was. Furthermore, the Department of Homeland Security refuses to reinstate the program. Despite the fact that the courts require the provision to continue.

Although people usually discuss sovereignty and immigration with emotional appeals, having no borders or order means that we cannot protect anyone. In order to care for people that want to come to the United States, we need to be able to control the follow of immigration by having a strong border. So, this is not about right or left ideology, it is about what is in the best interest of the people within the United States and the people who want to come into the country.