The topic of January 6th comes up a lot, especially in regards to the U.S. Capitol riots. Anyone with ears has heard the narrative. Well, at least the mainstream narrative. According to the establishment, this was an insurrection by Trump. A coup against American Democracy. Putting these ideas on a pedestal, showing that Trump Supporters and Republicans are disloyal and violent. For months, this narrative was inflating. However, the FBI’s report has popped the story. Because based on their findings, this “insurrection” was just a riot. 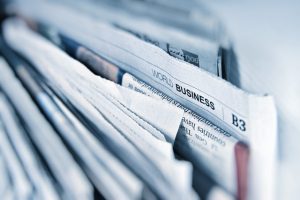 After almost 8 months of “insurrection” claims, the FBI finally released a report about January 6th. In all this time, they have found “scant evidence the U.S. Capitol attack was coordinated.” In fact, 90-95% of the rioters were one-off cases. Although there were militias like the Oath Keepers and Proud Boys, their organization didn’t have a serious plan on what to do if they got into the capital. There was no grand scheme of taking hostages and storming the capital. Although the mainstream is still promoting the insurrection narrative, it’s hard to believe that when the FBI cannot find evidence of some Grand Plan. In addition, continuing to state it was staged by Trump is ridiculous. After all, there cannot be an “insurrection” when there is no coordinated plan. But how did protests and riots turn into a domestic terrorism conspiracy?

From Riot to “Insurrection”

So, how did a riot turn into an “insurrection?” Well, convenience. It was a convenient way to damage their opponents. After all, an insurrection would allow them to continue defaming the Republican party. It allows them to prosecute and impeach Trump again. Meanwhile, they can use the “domestic terrorists” as an example, even if most of them had no idea what was going on. Arresting 570 alleged participants for a great charge than needed. But most of all, people don’t wait for the truth.

Although the investigation was ongoing, it didn’t stop media outlets from exposing “the insurrection.” After all, what is the point of the truth if it can’t benefit you? Journalism is dead, at least in the mainstream media. Since the FBI report, they have still continued to claim this was “Trump’s Insurrection.” However, our first amendment rights allow us to speak out against this. The media bias continues to lead to the division and instability so desperately hated by most Americans.

Let’s Get It Right

We don’t think what happened on January 6th was right. That should not happen in America. Just like riots on the streets in our great cities should not happen. There is still a lot of questions around January 6th, this is true. However, it goes a lot deeper than the narrative pushed by liberal Democrats in power (and some politically motivated Republicans).  Frank Speech Online is dedicated to protecting our rights against suppression from mainstream media and wants them to get it right.