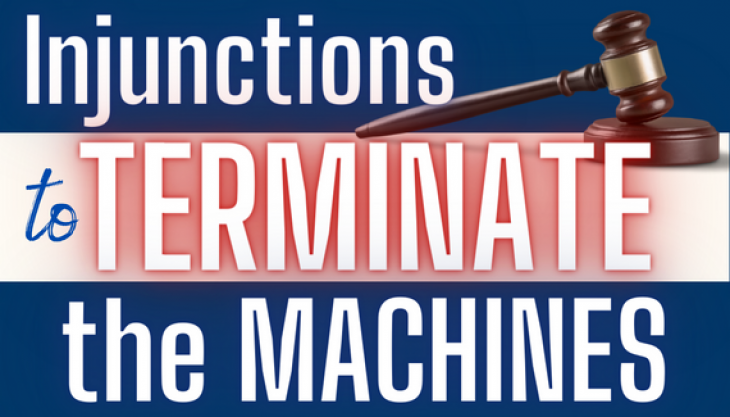 No matter which side of the aisle you are on, act now to remove voting machines! The voting machines throughout the country have been proven to be hackable.  With such large security risks in these machines, the only safe way to conduct an election is through hand-counted paper ballots. There have been cases both for and against both political parties that show machine glitches when it comes to counting votes.

Many may feel that only Republicans are affected by voting machines. This is simply not the case. In a 2022 Georgia Democratic Primary, a third-place candidate Michelle Spears researched her results and found she had zero votes in many counties. When it was brought to the attention of the Georgia Secretary of State’s office they admitted there were several programming errors in the voting machines. Once the issue was fixed, the candidate went from third to first.

That is just one of many voting machine errors that have occurred in recent years.

Clint Curtis worked as a programmer for a company in Orlando Florida, a client wanted a touch screen machine that could be manipulated.  This program became known as the 5149 Voting Machine Algorithm.  Also, the person that requested this in early 2000 was the Speaker of the House Tom Feeney. He was also the head lobbyist of this company.  This program was built to manipulate a vote. This program was used in the George Bush vs Al Gore election in 2000 to help George Bush win Florida.

This is why Mike Lindell and his team at FrankSpeech are trying to spread the word. It is not about what side you are on, it is about removing machines. These machines can be manipulated to change the outcome of an election. Finally, spread the word and pressure local politicians to remove these machines that we all know can be hacked.