To be honest, our two-party system has caused more harm than good in recent years. After all, people keep shouting that you belong to certain parties without even asking. Or people put a claim on what qualities a party can have. Regardless of what side you believe in, people have to realize how counterproductive this has become. And honestly, media spin makes it worse. It happens on both ends, but in looking at conservative vs liberal, the liberal media corners the market. 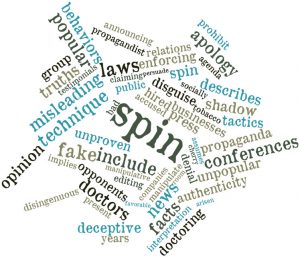 When it comes to media spin, I am regarding how people tend to twist the story in their favor. A great example can be found in our How Media Bias Led to Kabul. In that article, there was a comparison between Trump and Biden implementing the same COVID-19 plan. While Trump was in office, the main headline was about him causing economic pain. While Biden was called a hero for doing the same thing. There was nothing different between what they did. It was the spin that made one version sound terrible and the other righteous. And this creates a negative impact.

Although small media spins can be necessary, mainstream media has exploded when it comes to polarizing Americans. If you ask any journalist, they will claim they report politics as centrists. However, don’t believe that. Because people are always going to have a preference. And people can tell. After all, recent data states that it exists. With most media sources leaning left.

After understanding the landscape, you should be able to see it. If you were to search up any conservative viewpoint into Google search engine, you might get a few conservative or fair articles at the beginning. However, after the first few results, you can see a noticeable shift. A great example is the coverage of the COVID-19 vaccine. Between advertisements and news articles saying it is safe to take the vaccine, people still are hesitant. For the mainstream, these are the facts. But this is a liberal media spin. Because there is another side.

Trump Supporters are Not Anti-Vaxxers

When it comes to civil discourse, it is hard to have an honest and productive conversation if people are painted as enemies. There was a period in US history when conservatives vs liberals then didn’t represent what it does now. We need to get back to that.

Conservative vs. Liberal is always been an ‘us vs. them’ situation. However, in the midst of all this fighting between each other, we don’t realize how manipulated we are. Let’s start with an example of a small example of a Conservative Media Spin.  U.S. Capitol Protester Jailed After Watching Mike Lindell Online, was a recent headline on Conservative Brief. The headline alone can make certain people angry, especially those that lean towards the right. However, the content itself just states the facts about the situation. The protester was ordered not to listen to conspiracy theories and was arrested after watching the Cyber Symposium. Either way, the spin in the title still exists. Catchy headlines are the bread and butter of news articles because it’s all about “clickbait.” However, media spins can get out of control.

Whenever you read an article, calm down and think. Everyone can get riled up when they read an article that fits their political views. Especially if they make an obvious enemy. But we need to start recognizing what media spins are doing to us.  So before reading one article, read more so you can understand if you are getting the full story.