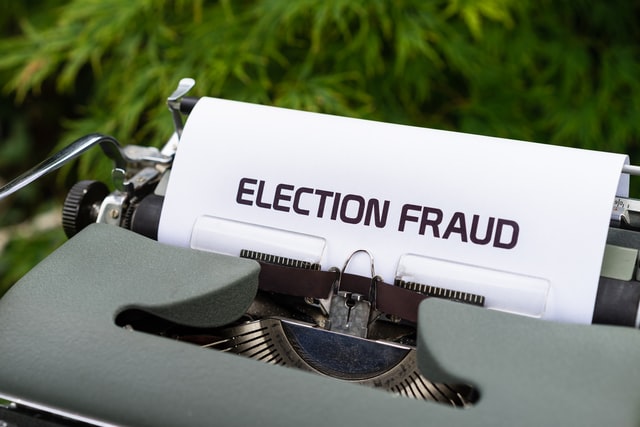 After almost 2 years, 2020 voter fraud is still a hot topic. Although people are determined to drop the subject, it seems like persistence finally got results. During the Tucker Carlson Show, the host did a segment on 2020 election fraud, revealing that there indeed was voter fraud in Wisconsin. Apparently tied to the support of Mark Zuckerberg, founder of Facebook. What is the story and how does it affect the conversation around the 2020 election?

Since the results were announced, Mike Lindell has been fighting against the result. For Lindell, voter fraud was obvious. However, people were eager to sweep it under the rug. Government officials and the new administration began fighting tooth and nail to stop the investigation in their tracks.  However, that did not stop Lindell from continuing to search for the truth. Using Frank Speech, Lindell launched the Absolute Series. Furthermore, the new ‘Fix 2020 First‘ section contains a surplus of information about the odd events surrounding the 2020 Election. Despite all, Lindell and Frank Speech’s efforts, it felt like an uphill battle. That was until the latest segment from Tucker Carlson.

After the 2020 election, people were calling out suspicious behavior in many states. However, mainstream media was continuously was pushing away the accusations. So, the number 1 cable news show’s segment on March 7th caught a lot of attention. Tucker Carlson discussed the latest report for the Wisconsin Office of Special Counsel about the subject of potential voting fraud.  The report was full of surprising information like “100 percent voting rates in many nursing homes in Brown, Dane, Kenosha, Milwaukee, and Racine Counties.” This is interesting because many residents were denied previously because of incompetence. It’s hard to believe they magically got better.

Soon after, Michael Gableman, a member of the special counsel for the Wisconsin Assembly, start the conversation that all votes are equal but were not treated as such during the 2020 election. Gableman stated there was massive election bribery, with 5 cities sponsored by Make Zuckerberg seemed to participate in. Furthermore, Gableman emphasized that Zuckerberg had a part in the election fraud as he was extremely biased, associating with the man who created A Citizen’s Guide to Beating Donald Trump. The agents that were supposed to be in charge gave control over Zuckerberg’s team. This seems to correlate with the 2020 Wisconsin Report that found “unlawful conduct” during the election.

Everything seems to unravel, but what is the plan to fight against this?

This reveal is just an affirmation of what many Americans were thinking. However, people are probably wondering what they should do? Should people push for more investigations? After all, it is almost 2 years since the election. While it might be easy to let it go, that is the worst option. Elections are important, especially in our democratic republic. This is where citizens elect who to represent them. On the local level, state level, and national level. If people do not stand up for fair elections then we will never have a fair one again.