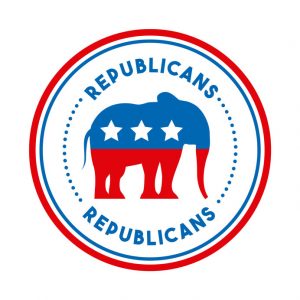 At the same time, many people will say that they are conservative but not mean in the strictest sense. Most people that call themselves Republican, also call themselves conservative. Their beliefs lean more towards a common-sense approach to life. Family core values are essential and religion often plays an important role.

There may be times when for some reason or another someone is temporarily unable to support their family. That’s when common sense prevails and government assistance is given until someone can get back on their feet. Family core values are maintained. Conservatives rally around the idea that family is the most important part of life. As such a fetus is still considered part of your family. Therefore the thought of abortion is mostly ruled out by Conservative Republicans.

We hear on a regular basis those calling for gun control. Under the Democrats, the government always tries to take away all of your weapons. Conservative Republicans stand firm and act as though they will fight in any fashion for the right to maintain private ownership of guns.

Are You A Moderate Republican?

Are you more of a moderate Republican? A moderate Republican is someone who may also be known as being liberal. The approach to being moderate is one of allowance. Moderates are a little more liberal in government spending. They do believe in the existence of some social programs offered by the government. However, this does not mean that they are completely on board to just offer handouts. There must be the accountability of money spent and a solid common-sense reason for any spending.

The moderate Republican is very patriotic and embraces the way our country was built with individualism and personal responsibility taking charge.

While the vast majority of Republicans call themselves conservative, you can see the differing levels of being conservative. All Republicans have the same basic goals and beliefs of taking care of themselves and taking personal responsibility. If you find yourself to be more moderate than conservative as a Republican, that is fine. In fact, it is probably easier for you to talk politics with more people.  In any event, whether you’re more socially liberal or deeply conservative we always encourage civil discourse and honest debate.  All conservatives still want to make America the shining jewel of the world where people can prosper and live free.