Over the years we have seen what many refer to as counter-cultures. One primary example is the generation that called themselves “hippies.” The hippies were a counter-culture that spoke about love and loving your fellow man. The hippies walked around with long hair that defied the establishment and its dress codes. This counter-culture defied what they were traditionally taught and forged on to create a new reality and a new society. 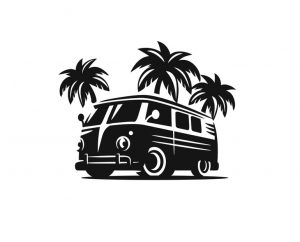 Here we are some 50 plus years from where the counter culture of the hippies began. Today, we see what many are calling a new counter-culture; the conservative movement. Instead of saying that everyone should be given all of the things they need to live on or that most everyone should be at the same level of society, conservatives talk something different. Conservatives talk about everyone having the right to employment in a capitalist society. Conservatives say that everyone should be able to earn as much as they possibly can without having to share a huge portion of what they earn with those unwilling to provide for themselves. These and many other things that conservatives speak of are very counter to what most “liberals” in our society would have us think and do. The liberal would have you take the path to a socialistic society. There the views are that everyone except for the ruling class must live on an equal basis. This is done at the expense of the higher wage earner.

Liberal views in the opinion of a conservative are contrary to the basis of the formation of our government and what was intended for every American. Many of today’s liberals believe that everyone should have the same food to eat, housing to live in, clothing to wear, and a lot more. Conservatives agree with these things as well except that everyone should have the “opportunity” to obtain them. We believe that you need to achieve having these things by working and earning what you have rather than having it all handed to you. The liberal elites (especially in the biased mainstream media) also tell us that we really don’t have the right to feel this way. That everyone deserves to have everything everyone else has regardless of how much work you do.

Unfortunately, many of our youth feel this way, and once someone with a conservative attitude says something counter to this way of thinking they are almost immediately told to shut up in one sense or another. Conservatives feel that everyone has the right to free speech. We all have the right to express our opinions regardless of what they may be. Once we have all spoken then we have the right to make a decision of what our beliefs should be.

Speak Up To Be Heard

As much as the counter culture of the hippies were told that they were wrong for their feelings and ways of believing, they also constantly told everyone to speak up. Conservatives believe that everyone should speak up to be heard. Everyone should express their opinion regardless of what it may be. If we listen to the liberal we hear them telling us to be quiet. That our beliefs are wrong and that we should not have the right to say what we feel is right. Conservatives are quickly becoming the counter-culture in today’s society. Unfortunately, there are very few channels where they can express those views without being censored. With liberal media spin carrying the torch for the liberal viewpoint, conservatives tend to be muted.

If you are part of this counter-culture, let your voice be heard. Don’t allow anyone to suppress your right to free speech.  Don’t let the liberal elites impede your ability to earn your own way without having the absolute burden of equally providing for those that will not do for themselves.