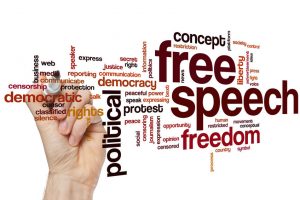 Experience of a Young Conservative

There is a popular saying by Joseph S Alpert.

However, from my experience, it seems like the Left has no heart. For context, I am conservative. Or specifically, a young conservative. While previous generations might have called me a Libertarian or Liberal, my peers would label me otherwise. As a millennial, I belong to the most liberal generation. Which has caused a lot of stress. College was hard because of the political climate. Although I had good friends, I hid my opinions because I didn’t want to lose them. Some classes made you think a specific way. I personally had papers rejected cause I didn’t want to be forced to write topics. And while I have friends who are like-minded, our politics are discussed in secret. Although events and conventions for young conservatives help, those who attend are demonized.

However, I know there is nothing wrong with my opinions. And that keeping my opinions secret doesn’t help. After all, part of the reason the system is so polarized is that people only see Blue and Red. When honestly, most of us are purple. But you would never know that. Since big media is fear-mongering and polarizing us every day. Especially on the internet.

Big Tech is a Problem

First of all, this isn’t a right or left position. I think that’s what makes it frustrating. Just because I am a young conservative, does not mean this statement isn’t true. Big Tech, especially social media, is a huge contributor to the political divide. Between confirmation bias and filters, people are not engaging in constructive ways. While certain viewpoints are held above criticism, others are suppressed. In fact, even former naysayers are seeing the horrible union of state and social media. Especially since Biden admitted he is working with social media to censor the American people. Right before our eyes, the First Amendment is being trampled on. Social media is becoming State media. And people don’t know because Big Tech won’t allow it.

From a young conservative to a young liberal, this is an issue that everyone is facing. And it needs to end. As a result, we need alternatives to monopolizing media. We need Frank Speech.

Frank Speech for Young Conservatives? No, For Everyone

I am a young conservatice. But I am an American first. Even if people think I have no heart, all I do is think about others. However, people aren’t seeing the big picture. And the big picture is the suppression of anyone’s opinion is dangerous. Even if your opinion is not being censored now, allowing it to exist harms, everyone. It isn’t bipartisan. Yet, nothing can be done without the ability to communicate honestly. That is why Frank Speech is for young conservatives like me, and people like you. We should not be content with how things are. Instead of fighting over small things, we need to focus on what really matters. Our freedom to speak. This is why everyone should support the development of Frank Speech.

There are many shows and podcasts for young freedom seekers. Check out  Youth Freedom Connect TV.